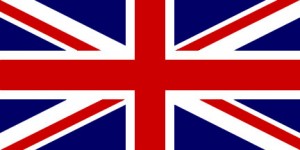 I was sent an email from one of my friends in New Zealand, regarding a tradition for which I had no answer to. Christopher NEALE (who is interested in purchasing any war service medals attributed to his surname “NEALE”) has kindly forwarded this information regarding the history behind the placing of our right hand over our hearts at funerals and remembrance services. After some research, he found the following and we were surprised to learn that we are actually placing our hand over our service medals.

The Veterans Salute to their “Fallen Comrades” originated in London on Armistice Day in 1920, during the ceremony to unveil and dedicate the Cenotaph in Whitehall at the same time a funeral procession accompanying the remains of the “Unknown Soldier” halted at the Cenotaph during the ceremony before proceeding to Westminster Abbey for internment. Those present included the senior Soldier, sailor and many Victoria Cross winners. The ceremony concluded with a march past. The Regimental Sergeant Major of the Guard Regiment conducting the ceremony, faced with a gathering of highly decorated and high ranking military men (including many Victoria Cross winners), all wearing rows of medals, decreed that all would salute the Cenotaph as they marched past by placing their hand over their medals, signifying that “No matter what honours we may have been awarded they are nothing compared with the honour due to those who paid the supreme sacrifice”.

If you have any war medals awarded to a serviceman or woman with the surname of NEALE and wish for them to be well cared for, please contact the Medals Gone Missing Administrator who will put you in contact with Chris.

Gary Traynor is the volunteer Administrator of the Militaria based website MEDALSGONEMISSING. The aim of this "NOT FOR PROFIT" website is to reunite families, with lost War Medals and other items of militaria. Anything from medals to items of uniform. What Gary refers to as their "lost heritage". He has been actively involved in the Militaria world and researching of Military History for well over 30 years. As a result, Gary also conducts valuations and offers advice on all items of militaria. He has acted as advisor to a number of television and Foxtel productions; including Sir Tony Robinson's "Tour of Duty" series which featured on the History Channel. Gary is a field historian and conducts tours to Gallipoli, The Western Front, Kokoda and many other major battle sites around the world. He was a member of the Australian Army Reserve (UNSWR & 4/3 RNSWR) and served for 23 years with the New South Wales Police Force. He is perhaps the only person who has been employed at the Australian War Memorial in all three capacities .... as a volunteer, part time and full time employee .... starting as a qualified tour guide, working in the public galleries as an Information Assistant and finally Assistant Curator in Military Heraldry & Technology. Medalsgonemissing is a website that will assist you in locating your family's lost war medals and other awards. If you have an ancestor who served in any of the British Commonwealth Armed Services at any time - and whose medals are lost/stolen or simply missing....then so long as the medals are out there - this site will help you to locate them. However the site also contains articles of interest in relation to Military History, War Memorials & Uniforms / kit. Please explore our website as there is sure to be something of interest to you.
View all posts by gary →
This entry was posted in Hints & Tips, Honour Roll - Australian Stories, Honour Roll - British Stories, Honour Roll - Canadian Stories, Honour Roll - New Zealand Stories, Honour Roll - U.S. Stories, Military Medals and tagged Anzac Day, Military Funerals, Remembrance Day. Bookmark the permalink.