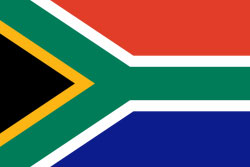 Eric was born on 12 January 1909 in Chichester in Sussex County in the south of England. He was the youngest child of Percival and Minnie Harrison. Percy had served for a time in the Royal Navy and during the Boer War had served in the Cape Colony as a sergeant in the colonial forces. Eric came to South Africa as a young child and spent part of his childhood in Sea Point, Cape Town and then moved up to the East Rand in the then province of the Transvaal. His father worked on the gold mines. His oldest brother, William, lied about his age and joined the South African Artillery in 1917 at age 16 and served with the South African Field Artillery in Palestine during the final year of WWI. The 20s were a turbulant time on the East Rand and young Eric witnessed a lot of the conflict during the Rand Revolt of 1922. After completing his schooling Eric went to the University of Witwatersrand and studied teaching. He taught at Jeppe Boys for several years and then left South Africa to take up an exchange teacher position in Glasgow, Scotland. On the ship abroad he met a young teacher, Joyce Campbell, bound for an exchange position in Wales. In 1942 she was to become Mrs. Harrison. 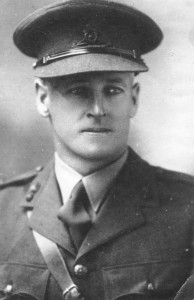 
After teaching in Scotland and touring Europe, Eric returned to South Africa in late 1938 where he continued teaching. In September 1939 South Africa followed Britain into the War. Eric decided to sign up in December 1939 and entered full time service on 3 June 1940 at Potchefstroom as a gunner in the South African Artillery. 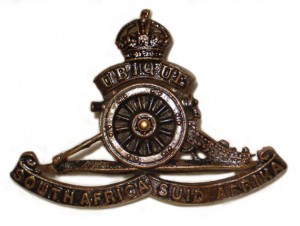 After his leave, Eric went to Potchefstroom to begin his officer cadet training. After courses at the School of Artillery at Potchefstroom he attended an ‘All Arms Candidate Officers Course’ at the Military College at Voortrekkerhoogte outside Pretoria and was commissioned as a 2nd Lieutenant on 6 November 1942 in the 27th Field Regt, S.A.A. In April 1943 he attended a Bren Gun, Anti-tank Rifle Instructors Course at the Military College. On 6 May Eric was promoted to Lieutenant and on 10 May 1943 he was transferred to the 1st Field Regt. By mid 1943 the Axis forces had been pushed out of North Africa and focus turned to the invasion of Italy. Eric again volunteered for service abroad and on 4 September he was transferred to the Officers’ Pool at Hay Paddock at Pietermaritzburg for service in the 6th South African Armoured Division. On the 19 October Eric embarked from Durban for Egypt. He disembarked in Egypt on 6 November and proceeded to El Khatatba for training. Eric was posted to the 7th/23rd Medium Regt, SAA which used 5.5 inch Medium Guns. While training in Egypt in late 1943-early 1944 Eric was able to visit the pyramids and Palestine. In April 1944 the 6th SA Armoured Div embarked for Italy and landed at Taranto on 20 April as part of the British 8th Army invasion of Italy.

Elements of the division entered the line around Cassino and on 11 May 25-pounders and 5.5 medium guns of the division pounded the Axis positions in the vicinity of Cassino as part of the 2000 Allied gun barrage on the Gustav Line. 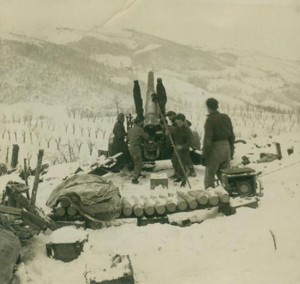 IMAGE RIGHT:  An artillery piece of the 7th/23rd Medium Regt, South African Artillery, during the winter of 1944-1945.

On the 22 May the division began its advance on the Tiber in the push towards Rome and in the first half of June fought actions at Celleno, Bagnoregio, Allerona. After the fall of Rome the division joined the assault on the Trasimene Line from 20th – 30th June. The division then fought at Arezzo from the 4th – 17th July and on the 18th July began its advance on Florence and fought actions at Monte San Michele, Monte Domini,  Monte Kili and the Paula Line. The division was transferred to the US 5th Army on 22 August. On 15 September the division began its offensive against the Gothic Line and fought actions at Monte Porro del Bagno, Femmina Morta, Catarelto Ridge, Monte Vigese, Monte Stanco and finally at Monte Salvaro between 19th – 23rd October. At this point the winter snow brought the Allied advance to a halt until the spring of 1945.

In the spring of 1945 the Allies began the final stage of defeating the Axis forces in Italy. The 6th SA Armoured Div began their spring offensive with the Battle for Bologna and fought actions at Monte Sole and Camposanto Bridge and broke through to Bologna. Then, after advancing through the Po River Valley, the Division was assembled southwest of Treviso on 29 April and was instructed to move far to the west to garrison the city of Milan.

General Mark Clark, GOC 5th Army commented on the Division’s achievements during the Spring Offensive, stating: “It was a battle-wise outfit, bold and aggressive against the enemy, and willing to do whatever job was necessary. In fact, after a period of severe day and night fighting, the 6th had in an emergency gone into the line as infantrymen. When the snow stalled their armour they dug in their tanks and used them as artillery to make up for our shortage in heavy guns. Whenever I saw them, I was impressed by the large number of decorations and honours they had earned the hard way. Thier attacks against strongly organised German positions were made with great élan and without regard for casualties. Despite their comparatively small numbers, they never complained about losses. Neither did Smuts, who made it clear that the Union of South Africa intended to do its part in the War – and it most certainly did.”

On the 3 May, the Division was north east of Milan when General von Senger und Etterlin delivered the surrender of the German forces in Italy to General Clark in Florence. Victory in Europe followed shortly thereafter on 8 May 1945. The Division held a victory parade at Monza on 14 July 1945 attended by Generals Clark and Truscott. The South Africans were then deployed to the Swiss and French borders for frontier duties.

With Eric having enlisted during the first year of the war, and having a teaching position waiting for him, he was amongst the first to be sent back to Egypt to begin the journey back to South Africa and civilian life. Eric was discharged on 22 August 1945 in Johannesburg. He returned to teaching and retired from a life in education as the principal of North View High School in Johannesburg in 1974.  Eric had two children; a son Leigh born in 1944 while Eric was abroad and a daughter Ruth born in 1947. His wife Joyce passed away suddenly after a short illness in 1976. Eric passed away in August 2004 in Cape Town.

This story has been written and composed by Mark Wilkie, a grandson of Lieutenant Eric Edward Harrison.

ADMINISTRATOR’s NOTE:  The war service medals of Lieutenant Eric Edward HARRISON are missing and his family are trying to recover their father’s awards.  If you can help, please contact the Medals Gone Missing Administrator.

Gary Traynor is the volunteer Administrator of the Militaria based website MEDALSGONEMISSING. The aim of this "NOT FOR PROFIT" website is to reunite families, with lost War Medals and other items of militaria. Anything from medals to items of uniform. What Gary refers to as their "lost heritage". He has been actively involved in the Militaria world and researching of Military History for well over 30 years. As a result, Gary also conducts valuations and offers advice on all items of militaria. He has acted as advisor to a number of television and Foxtel productions; including Sir Tony Robinson's "Tour of Duty" series which featured on the History Channel. Gary is a field historian and conducts tours to Gallipoli, The Western Front, Kokoda and many other major battle sites around the world. He was a member of the Australian Army Reserve (UNSWR & 4/3 RNSWR) and served for 23 years with the New South Wales Police Force. He is perhaps the only person who has been employed at the Australian War Memorial in all three capacities .... as a volunteer, part time and full time employee .... starting as a qualified tour guide, working in the public galleries as an Information Assistant and finally Assistant Curator in Military Heraldry & Technology. Medalsgonemissing is a website that will assist you in locating your family's lost war medals and other awards. If you have an ancestor who served in any of the British Commonwealth Armed Services at any time - and whose medals are lost/stolen or simply missing....then so long as the medals are out there - this site will help you to locate them. However the site also contains articles of interest in relation to Military History, War Memorials & Uniforms / kit. Please explore our website as there is sure to be something of interest to you.
View all posts by gary →
This entry was posted in Honour Roll - South African Stories, Military Medals. Bookmark the permalink.