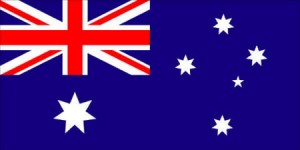 This year marks the 70th Anniversary of the Japanese midget submarine attack upon Sydney Harbour.  In accordance with this, the Kuttabul Commemoration Project was established back in 2010 and a search made to locate a direct descendant of each and every allied sailor who lost his life that night.

WHEN:- On the 31st of May, 2012 a four hour Commemorative Sydney Harbour cruise will be conducted in support of Sydney Legacy.  Boarding time commences at 10.15am and the Sydney Harbour Cruise will conclude at 2.30pm

IMAGE RIGHT: The Kuttabul Commemoration 70th Anniversary Cruise is in support of Sydney Legacy .  As a result of the Japanese attack, 21 allied sailors lost their lives.  Legacy has been supporting the families of our servicemen who have paid the supreme sacrifice and we are asking that you support Legacy, so that their valuable work may continue.

WHERE:- Sydney Harbour.  It is hard to imagine that one of the most beautiful harbors in the world, was once a battlefield.  Special permission has been granted for our cruise boat to enter restricted Naval waters, so that an Official Wreath Laying Ceremony can take place on the water, near where the depot ship KUTTABUL was sunk and 21 allied sailors lost their lives.  We board this vessel at Wharf 9 in Darling Harbour.  Wharf 9 is just north of the Sydney Aquarium and is opposite the National Maritime Museum.

IMAGE LEFT: The luxury Sydney Harbour Cruise vessel operated by All Occasion Cruises will be the venue for this memorable event.

CRUISE VESSEL:- The luxury Sydney Harbour Cruise boat “Bella Vista” operated by All Occasion Cruises will provide the venue.  This vessel provides an open plan dining area where a sit down meal will be provided.  It also offers ample deck space to provide you with an uninterrupted view of the Official Wreath Laying Ceremony which will be conducted upon the water.

IMAGE RIGHT: The spacious interior of the Sydney Harbour Cruise vessel, “Bella Vista” which will be the venue for the Kuttabul Commemoration 70th Anniversary of the Japanese midget submarine attack.

COMMEMORATIVE EVENT:- This event was born through a need to make contact with a direct descendant of each and every allied sailor who lost his life on the night of the 31st May / 1st June during the dark days of 1942.  With the generous assistance of the geneology group “Find My Past Australisia” and “Genes Reunited”, the Kuttabul Commemoration Project began a two year search which has led them to this event.  Whilst we have not been successful for this particular anniversary, it is hoped that all twenty one sailors will be represented for the 75th Anniversary during 2017.

IMAGE LEFT: Without the invaluable assistance of Find My Past Australasia, the Kuttabul Commemoration Project would not have been so successful.

It is tragic when any person loses their life as a result of war.  What sets these men apart is they were billeted on a non-combat vessel in what was considered to be a relatively safe harbour.  Sadly, they form a unique group of men whose death came about as a direct result of enemy action upon the city of Sydney.  Unlike Darwin and other mainland cities which suffered multiple attacks, Sydney was only raided once by manned attack craft. 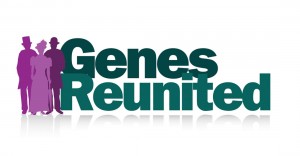 IMAGE RIGHT:- Genes Reunited has assisted the organisers of the Kuttabul Commemoration Project to trace down the direct descendants of the men who were killed aboard KUTTABUL during the Japanese midget submarine attack upon Sydney Harbour.  However the work is not over yet!  If you are a descendant of one of these men, please contact the Project Manager Gary Traynor through this website.  We are still looking for descendants in preparation for the 75th Anniversary in 2017.

KUTTABUL – THE HISTORY:- Reknown historian, author and Kuttabul expert, Steven L. CARRUTHERS will be on board the “Bella Vista” and will narrate the history as the cruise unfolds.  Steven is the author of the historical accounts ‘Australia Under Seige’ and ‘Japanese Submarine Raiders 1942 – A Maritime Mystery’. 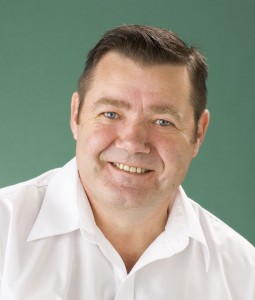 IMAGE LEFT: Historian and author Steven L. CARRUTHERS.  Having written two books on the Japanese midget submarine attack upon Sydney Harbour, Steven’s research into this subject is what other historians refer to when studying this action.

Steven has served in the Royal Australian Navy as an anti-submarine specialist and worked within Sydney Harbour as a NSW Fisheries officer, tagging abalone for a research project.  He then served as a commercial diver in the North Sea, Nigeria and West Africa. 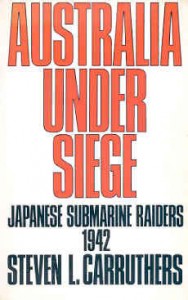 IMAGE RIGHT: Steven’s first book on the Kuttabul and Japanese midget submarine attack upon Sydney Harbour was ‘Australian Under Siege’.  This book was the first book to deal with this attack and the response from veterans and eye witnesses was overwhelming.

As a result of the additional evidence which was presented to Steven after the release of his book, ‘Australia Under Siege’, he was further challenged to expand on this story and offer new information which was not previously available.  This further evidence resulted in the release of his second book which was titled ‘Japanese Submarine Raiders 1942 – A Maritime Mystery’. 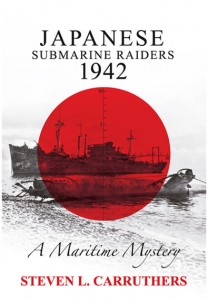 IMAGE LEFT: ‘Japanese Submarine Raiders 1942 – A Maritime Mystery’.  This book by Steven L. Carruthers came about as a result of additional information supplied to him by veterans and eye witnesses to the Japanese midget submarine attack.

TIME & DATE: Thursday 31st of May, 2012.  Boarding time is 10.15am at Wharf 9 – Darling Harbour (near the Sydney Aquarium on the ‘city’ side of Darling Harbour).  Wharf 9 is opposite the National Maritime Museum.

NON PROFIT ORGANISATION: The Kuttabul Commemoration 70th Anniversary Sydney Harbour Cruise is a NOT FOR PROFIT event in support of Sydney Legacy; a registered charity.  Any other cruise which is being conducted in the name of Kuttabul and the Japanese midget submarine attack is a commercial venture and not in support of Legacy.

OFFICIAL WREATH LAYING: This is the only commemorative event which will lay a wreath on the water, near where Kuttabul was sunk during the Japanese midget submarine attack of 1942.  Special permission has been granted by the Royal Australian Navy to enter restricted naval waters so that the vessel can stand close to the position where Kuttabul went down with the loss of 21 allied lives.

VISIT US ON FACEBOOK: Look us up on face book by searching under the words KUTTABUL COMMEMORATION PROJECT. 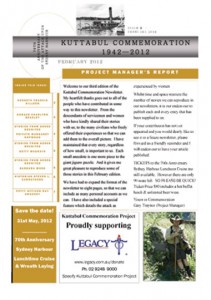 KUTTABUL NEWSLETTER: We have produced monthly newsletters which historical facts and eye witness accounts.  Many stories previously unpublished.  If you wish to receive these newsletters, please contact Project Manager Gary Traynor who would be happy to email any back issues to you.

Gary Traynor is the volunteer Administrator of the Militaria based website MEDALSGONEMISSING. The aim of this "NOT FOR PROFIT" website is to reunite families, with lost War Medals and other items of militaria. Anything from medals to items of uniform. What Gary refers to as their "lost heritage". He has been actively involved in the Militaria world and researching of Military History for well over 30 years. As a result, Gary also conducts valuations and offers advice on all items of militaria. He has acted as advisor to a number of television and Foxtel productions; including Sir Tony Robinson's "Tour of Duty" series which featured on the History Channel. Gary is a field historian and conducts tours to Gallipoli, The Western Front, Kokoda and many other major battle sites around the world. He was a member of the Australian Army Reserve (UNSWR & 4/3 RNSWR) and served for 23 years with the New South Wales Police Force. He is perhaps the only person who has been employed at the Australian War Memorial in all three capacities .... as a volunteer, part time and full time employee .... starting as a qualified tour guide, working in the public galleries as an Information Assistant and finally Assistant Curator in Military Heraldry & Technology. Medalsgonemissing is a website that will assist you in locating your family's lost war medals and other awards. If you have an ancestor who served in any of the British Commonwealth Armed Services at any time - and whose medals are lost/stolen or simply missing....then so long as the medals are out there - this site will help you to locate them. However the site also contains articles of interest in relation to Military History, War Memorials & Uniforms / kit. Please explore our website as there is sure to be something of interest to you.
View all posts by gary →
This entry was posted in Honour Roll - Australian Stories, Honour Roll - Japanese Stories and tagged HMAS Kuttabul. Bookmark the permalink.